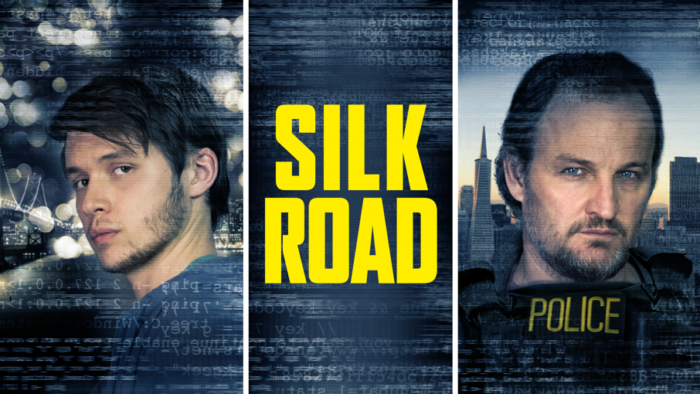 This Amazon movie comes back on the Silk Road true story, from its inception to its fall. It tells us the point of view of its creator Ross Ulbricht (now in prison for life) and the FBI agent Richard Bowden running after him.

In real life, Silk Road was one of the first drug marketplaces that operated on the dark web. It provided anonymity for illegal transactions through being accessible only through TOR and using Bitcoins for payments between sellers and buyers. Then, the drugs were simply mailed to the customers. This traffic amounted to a significant portion of Bitcoins used at the time (a 2018 Oxford study estimates that 25% of users were involved in such activities), tainting its reputation.

A Rapid Walk Through Silk Road’s Rise and Fall

This Silk Road movie shows us some of the numerous (bad) adventures that the rapid evolution of the Silk Road marketplace occurred. The ambition is to show the rapid rise of the website, Ross Ulbricht alleged liberal motivations, his delusions, his friends questions, the FBI investigations, the conflicts between old-school FBI agent and young arrogant tech inspectors… All of those are interesting but can’t satisfyingly be developed in a single movie.

It results in obvious shortcuts in the story and relationships between characters. The use of some heavy clichés to speed-up character developments is equally annoying. Fortunately, the actors’ work is great and bring back some pathos this story deserves.

An Enjoyable Movie, Although Lacking Depth

You will probably enjoy the movie if you are interested in the topic – the rise and fall of Silk Road, the early age of Bitcoin use, Dark Web platforms, etc. However, the narrative that a movie could have brought to that story lacks strength and depth.

If your goal is to understand what happens but also to feel the emotions behind the facts, you might be better off watching a documentary.