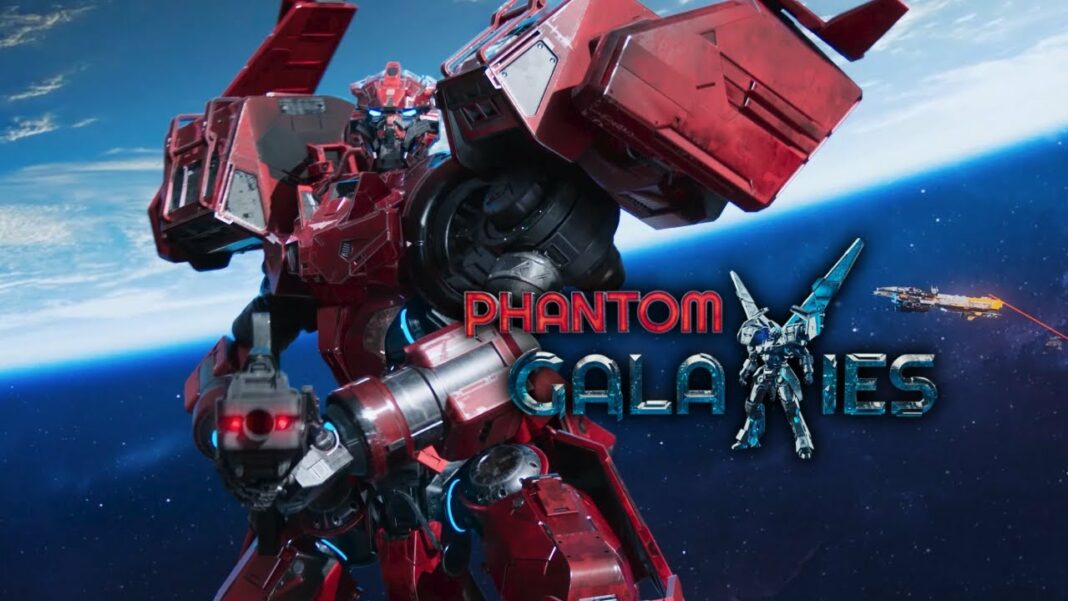 Phantom Galaxies is probably one of the most anticipated blockchain games. This promising AAA title combines open-world simulation with fast-paced mech shooters and a captivating storyline.

Phantom Galaxies is being developed as a joint effort by Blowfish Studios and Animoca Brands. Its storyline is inspired by the robot and mech fantasy of the 80s. Looking keenly at the game, one can see it is a perfect combination of Transformers and Gundam as the foundation for its universe.

The premise of Phantom Galaxies is the planet Neotera, which was once a place of warring factions with different ideologies. Neoterra is invaded by an alien force called the Sha’Kari, who are the priest caste of the Sha’Har race. The Sha’Kari Zealots are hell-bent on destroying humans for the desecration of their holy ground, which is the entire planet of Neoterra. Warring factions on Neoterra join forces to fight back the invading Sha’Kari.

How to Play Phantom Galaxies

It’s is a well-designed shared world that is designed as a 3rd person action RPG game. It is designed as an AAA space title that features great mechanics, which bridge the expectation of a traditional gamer while offering them the benefit of blockchain games.

To play the game, a player takes control of a pilot, who can jump into a mech suit that features various stats. Players have the choice of choosing a Lancer, Buster, Breacher, or Assault class mech suit. A lancer suit is designed for stealth and is slick and agile. The Buster features a lot of firepower for crashing the enemies. Breachers are specialized in melee attacks, while the Assault class mechs are designed for standard commando operations.

Players have numerous opportunities to upgrade their gear and collect in-game items. There is also a trading post where players can switch up items with other players.

As a blockchain game, it is deeply integrated with NFTs. These Phantom Galaxies NFTs allow players to do things like own ships, avatars, mechs, and equipment, which they create or buy in the game. Players go out on missions where they solve puzzles, gather resources to craft items, run marketplaces, and form corporations. Non-fungible tokens will be associated with in-game products and characters, and they have utility within the game. Since it runs on the blockchain, the economics will be safe and fully transparent

The highly anticipated space robot game, massively distributed a free NFT to its first fans. Gamers only needed to connect their wallet (before November 22nd) to the game’s website to receive the NFT.

Airdrop of the First NFT to Early Fans

This non-fongible token is an animated picture showing a futuristic space station, with flying aircraft above it (see below).

In addition to being a collectible, Phantom Galaxies promises it will have some utility. More information about it should be released soon.

The listing on OpenSea describes the NFT as follows: “In the time after the Union and the Commonwealth formed a peace treaty, the No-Colonisation Area (NCA) has been overrun by thieves, pirates, mercenaries, slave traders, and human traffickers. Former Iron Marshall of the Union’s Military, Aleksey Drachma, proposed and founded a new joint effort: the Space Ranger Program (SRP). They would recruit talented pilots, both veterans as well as trainees, uniting together to keep the NCA a peaceful place for traders and travellers. Named after the weapon requiring two hands to wield (representing the collaboration of the Union and the Commonwealth), Halberd-001 became their first headquarters, supporting both training and operations.“

Another NFT Airdrop to Even Earlier Fans: “The Hopeful”

Although the NFT above exists in a great number and doesn’t worth much for now on OpenSea, Phantom Galaxies also released another one, much more rare. It was distributed at the same time, but for the very early birds in the game’s Discord, a total of about 5,000 people. This one trades much higher right now on OpenSea, at 0.2 ETH. It has already been traded 123 times at the time of writing those lines, on its first day. The utility of this NFT called “The Hopeful” has not been revealed either.

You can see both on OpenSea, on the Phantom Galaxies Origin Collection here.

The company released a Medium article about upcoming NFT’s sales and utility, along with communication on Twitter and Discord. Phantom Galaxies’ planet sales is similar to land sales in Axie Infinity or The Sandbox.

The pre-sale will be open to 7,500 people through a lottery. In addition to that number, holders of “The Hopeful” NFT (distributed to the 2,500 first supporters of the game) have a guaranteed ticket to the pre-sale.

The number of planets available for the public sale has been released on Discord:

The price of those NFTs has been revealed, as well as their token rewards. It’s not a coin but rather a governance token, currently called “PGToken”.

To be noted, the total Phantom Galaxies Token Governance (PGToken) supply is fixed at 888,077,888.

In Q1 2022, the developers will release Starfighter NFT Drops and Generative avatars. Everyone was welcome to connect their crypto wallet (such as MetaMask) to be eligible for the first free NFT airdrop. The final date to release the Phantom Galaxies token (PGToken) have not been announced.

Will Phantom Galaxies be free?

Phantom Galaxies is not free, as everyone will need to buy an avatar to play the game. Different avatars will be available at different prices.