Illuvium: Release Date, NFTs, Gameplay… All We Know About It 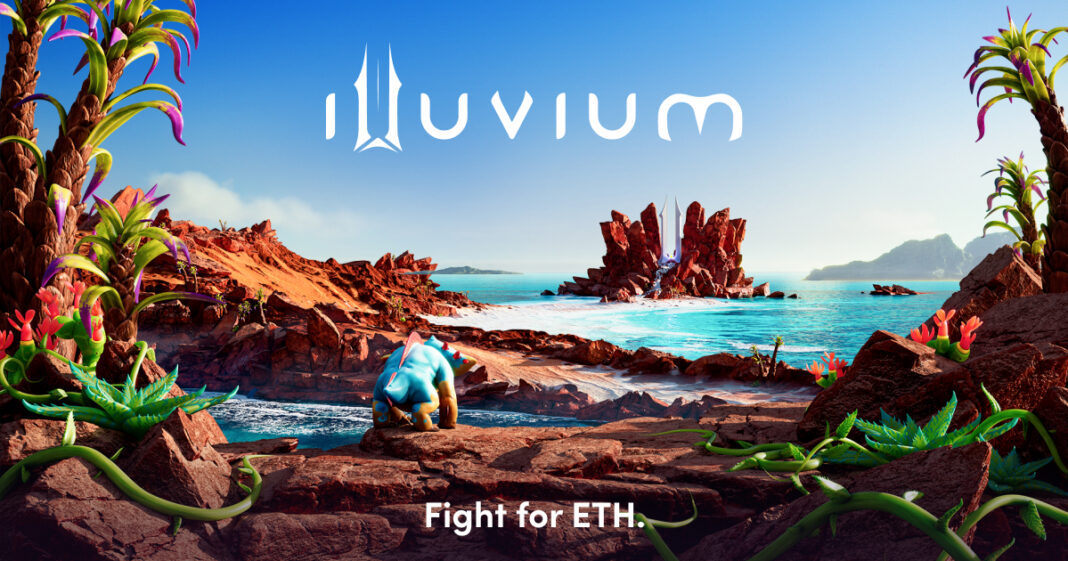 Blockchain gaming has seen massive growth in interest in 2021 and more developers are taking note of this. One of the latest developments within the NFT gaming space is a game called Illuvium. According to its co-founders, Aaron and Kieran Warwick, Illuvium is set to be the first AAA blockchain game.

Illuvium is an NFT game built on the Ethereum blockchain. The ecosystem within the game is powered by ILV tokens, which have seen a massive surge in price since July 2021. Illuvium is designed as an open-world RPG adventure game. Gamers will journey across a varied landscape with the aim of hunting and capturing deity-like creatures called Illuvials. A good analogy to the game would be a cross between Monster Hunter and Pokémon.

How to Play Illuvium

The premise of Illuvium is that you are part of an intergalactic space fleet, which crash lands on an irradiated planet, which has faced some type of cataclysm. The available land is blocked by giant obelisks that block access to some regions.

The goal is to discover the cause of the cataclysm and to unlock the obelisks in the process. To do this, a player has to mine the land for Shards, which can be used to capture Illuvials, which are added into your private army.

Players can battle the Illuvials, and if they succeed, they can capture them in a Shard. The ability to capture an Illuvial is defined by the power of the Shard versus that of the Illuvial. To help you in your quest, you will find towns where you can craft new gear and find a safe haven from the Illuvials. The bigger and more robust your collection becomes, the deeper into the game world you can proceed.

Where Can I Buys Illuvium NFTs?

Every time a player captures an Illuvial, an NFT is minted. If 3 Illuvials are fused, a new Illuvial is created and 3 existing NFTs are burned. Illuvials exist in five affinities, which are Water, Earth, Fire, Nature, and Air. There are also five classes, which are Fighter, Guardian, Rogue, Poison, and Empath within each affinity. Additionally, each Illuvial has 3 life phases to level up from cubs into deities.

The rarest and most powerful Illuvials are found toward the end of the game. These Illuvials have multiple affinities and classes. There are also rare captures within the game. Each time a player uses a Shard, there is a small chance it mutates into a Shiny, Rainbow, or Holo. The rarest is the Holo. Within this game, the rarer an Illuvial, the more valuable the generated NFT becomes. Illuvium NFTs can be found on OpenSea, at least some of them so far.

Illuvium will be released in 2022. The launch is going to take place in phases. The first phase is the Private Beta, which is still in development, will be released in Q4 2021. The Public Beta launch will take place in Q1 2022. All these releases will cover PC and Mac only (Illuvium can’t be played on console). The team also plans to release a mobile version of the game called Illuvium: Zero. Sometime in 2022, the developers plan to launch Illuvium for mobile devices. In 2023, the developers plan to release the second major title for the game. More info on Illuvium release date has not been announced yet.

About the Illuvium Tokens

The game’s token has seen massive growth in value. Its market has grown to over $5.5 billion in the 12 months since its release (check it on CoinMarketCap).

The tokens associated with this game are called ILV. They are ERC20 tokens that run on Ethereum. These tokens are not needed for gameplay. Their main functions are:

ILV are designed as governance tokens for the Illuvinati Council, the initial model governance. Holders of these tokens have voting power within the council.

Holders of ILV tokens can earn a passive income using ILV tokens by staking them.

When ILV token holders stake their tokens, they share in the success of Illuvium via a passive income in ILV, which is funded via in-game fees and purchases. 100% of the revenue from the sales and games is shared amongst ILV stakers.

When can we play Illuvium?

How much will it cost to play Illuvium?

Illuvium is a free-to-play game, but for a full experience you will need to buy Illuvium NFT and tokens. Mode details about the game economics should be published soon.

How do you buy Illuvium token (ILV)?

As an ERC-20 token, you can swap ILV on Uniswap against ETH or other ERC-20 tokens. You can also buy Illuvium ILV on exchanges: